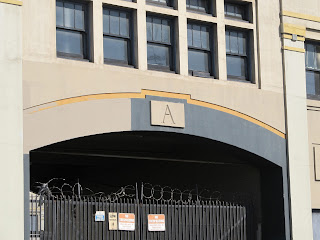 For the past two weeks I have been closing up the end of a crazy school year.  This year there will be  staff leaving at different times, vandalism, staff being laid off and preparing for a new year not knowing who will be there.  I was a little distracted and could not make my posts.  I did do some shooting.

Week 24 (6/10 - 6/16)
On the Windowsill
I shot the outside of several windows on an industrial building.  I was downtown for a meeting and drove by this edifice that has been around since early part of the last century.  This is also one of my Drive by Shootings* series.

I'm not exactly sure what this building is but it's been around awhile.  If anyone in the LA area knows, please fill me in and I'll put the info in here.  It's a great old monolith of a building and is still being used. 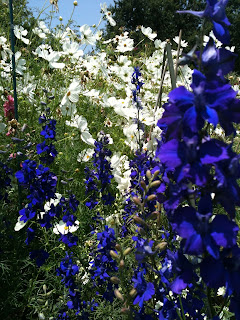 Week 25 (6/17 - 6/23) It's a Guy Thing
This was officially my last week of work, although I has been in this week several times, and the only thing I had on my mind was closing out work.  Now a days it's hard to find anything that is specifically "a guy thing".  Most things are pretty unisex these days.  I was at a meeting held at The Huntington.  The Huntington is a library, art gallery, botanical garden and restaurants.  So, we walked through these lovely gardens to get to the Tea Room where we were having our meeting.  On the way I had to take photos, with my iPhone 3Gs - the old one, because the flowers were so beautiful.

Home gardening, for the most part, is a girl thing.  Most of the home gardeners I know are women.  But at The Huntington all of the gardeners I saw were guys.  So, these flowers are my guy thing.  The guys I was were working hard at keeping these lovely grounds immaculate.

*Drive by Shooting is what I call the photos I take when I am driving by something.  I do mean driving in a car, or a passenger in a car driving by.

Email ThisBlogThis!Share to TwitterShare to FacebookShare to Pinterest
Labels: 24/52, drive by shooting, flowers, FOCUS 52-2012, gardner, industrial, it's a guy thing, on the windowsill, the huntington

Another Voice on Public Education

I found out about Adam Bellow today through the ISTE Remote Conference.  The annual ISTE, International Society for Technology in Education, conference was in San Diego this year.  I was not able to make it, but like the true practitioners they are, they provided access to a portion of the day of the conference online.

I enjoyed the entire day viewing the Keynote Speaker for the day, Dr. Yong Zhao, three sessions and a visit to the virtual lounge in between sessions.  The running chat within each session allowed for the interaction of participantes that I had not counted on.  I felt a sense of community and could interject and learn in return.  Virtual community at it's best.

I would have preferred to be there, but still it was a very fruitful day for me and everyone I chatted with.  Adam Bellow was a new discovery for me.  I'd like to share him and his ideas with you.  His website edutecher.net is a great resource and he's developing something similar to Pintrest that is a little more education specific.  Visit the sites, view the clip and enjoy.  I did.  Let's continue the conversation. 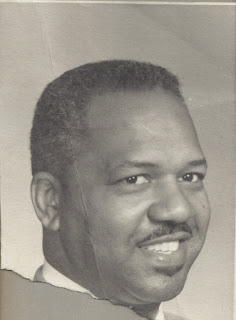 Back in February 2011, I wrote a blog about my Dad's 90th birthday because he was awesome guy. I say was because he passed onto his next life on July 12, 2012.   I am sad beyond belief, but he passed away peacefully and in his own home. That's how he wanted it and how I'd like to go.

The night before he left, we had a long conversation about life. We talked about the family and friends who have passed on and how they spent their lives and eerily enough, we also talked about future plans that he wasn't involved in.  His wife, my mother, passed on eighteen months earlier in January 2010 and he seemed to miss her terribly.  He said on his 90th birthday, "this was the first one that Mother, has missed."  The inside joke was that my mother was the older women because she was born a month earlier.

He signed all of his greeting cards to all of us, "Your Ever Loving"

Well Daddy, Happy Father's Day!  I miss you so much.  With all of my love, you daughter, Kim, Your Ever Loving. 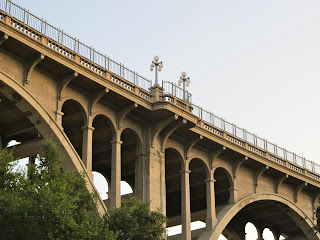 This week's theme from FOCUS 52 group is Get Down.  The intent was to shoot at the ground level.  If you didn't want to get on the ground and shoot, the suggestion was to shoot blind.  Shooting blind means to put your camera down to that level and shoot and see what you get.  I thought it would be adventurous and kinda exciting.  I shot with the hope of finding pearls hidden on the ground level.  Not so.  I didn't like any of the photos I shot.

This week, 23, I was near Pasadena on Saturday, I love Pasadena, and had to travel by the Rose Bowl and Suicide Bridge.  I snapped a few shots of Suicide Bridge and the surrounding Arroyo.  As I was under the bridge and thought that shooting up at the bridge would fit the down portion of getting down.  It is not Getting Down as the theme suggests but I was down underneath the object I was shooting.  At times like this, I try to think about what Jan, the moderator of our 52 Group, writes at the end of each week, "Whatever you decide to do this week, follow the prompt or no, ... just have fun".

So I had fun shooting the Arroyo and it's surrounding.  I know I will return to Pasadena and shoot some more.  I didn't even have it on my list of what to shoot.   But it is now.  A few of those photos are on my flickr site. 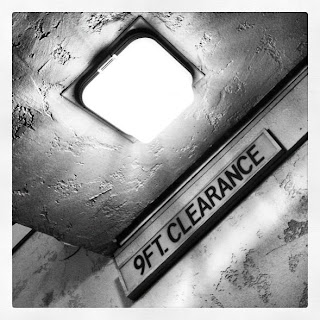 This week I took many photographs at my school's Academic Challenge Medal Ceremony, Annual Spelling Bee and the Star Party all in four day week.  This week's theme is Right Now, something captured in the moment.  This week, was so busy that I captured this light.  You can see this light while in the Drive Thru window at the McDonalds on the way to my house from work.  I was in one of those moods where I was so tired and the wait in line was taking too long.  I looked out the window, and for what ever reason, I thought this was interesting shot.  I took my iPhone and snapped it.  I gave it some effects from an app and this is what I got.  I like it and I'm sharing it with you all.

I am really enjoying this group, FOCUS 52-2012.  I get to know many of the photographers and their styles which help me.

Get this widget at roytanck.com

I'm a Member of